On Friday, 30 October, ONE Championship will broadcast the year’s most stacked card to a worldwide audience with ONE: INSIDE THE MATRIX. It’s a card that’s absolutely filled with submission aces who can end any bout in a moment’s notice.

Whether they take an arm, a leg, or sink in a choke, these athletes are technically proficient and creative on the mat. It’s the reason you can expect to see some exciting finishes in the four World Title bouts at this event.

Here, get a taste of the action to come by reliving five of the best submissions from the stars who are set to compete at ONE: INSIDE THE MATRIX.

Posted by ONE Championship on Friday, February 7, 2020

The Italy-based Moldovan threatened with strikes early, which forced Gafurov to shoot for a takedown to slow the pace of the action. But Lapicus shrewdly countered with a throw before smoothly taking his foe’s back during a quick scramble.

Gafurov had famously racked up six straight rear-naked choke victories, but on this night, it was Lapicus who was quick on the draw and got his left arm under the chin.

With no sweat on his body just a minute into the lightweight affair, “Cobra” had no chance to slip out. With that, Lapicus squeezed until his opponent went to sleep.

The impressive victory at ONE: WARRIOR’S CODE was a star-making performance for Lapicus, and it made the undefeated athlete the division’s #1-ranked contender and led to a World Title showdown with the man below.

Christian “The Warrior” Lee’s submission win at ONE: VISIONS OF VICTORY over Kazunori Yokota in March 2018 was not just impressive – it was history-making. At just 19 years old, the Singaporean set a then-promotional record with his ninth stoppage victory.

Lee looked sharp early in the match and was in a dominant position as the first round came to a close. In the second, “The Warrior” got the bout back to the canvas and nearly finished with a guillotine choke before Yokota worked himself out of the attempt.

After the contest went back to the feet, it was Yokota who took the battle back to the mat. That turned out to be a very bad idea.

As the two athletes jockeyed for position and scrambled furiously, Lee got his left arm under the chin in a modified guillotine he dubbed the “Terminator Guillotine.” The Singaporean-American then secured the submission by getting guard and applying pressure until his Japanese counterpart tapped out.

The performance showed Lee’s heart and ingenuity to do whatever is needed for the finish.

In what was billed as an Open Weight Super-Bout, Aung La “The Burmese Python” N Sang squared off against four-time Muay Thai and Kickboxing World Champion Alain “The Panther” Ngalani in a true clash of titans.

At ONE: HERO’S DREAM in November 2017, the Myanmar superstar used his grappling prowess to wear down the hulking heavyweight and finish the contest moments before the end of the first round. It was a showcase of persistence as Aung La N Sang chased the submission.

The first submission attempt was a guillotine that was close to finishing the battle, but “The Panther” yanked his head free and continued forward. At that point, the Sanford MMA athlete knew his advantage was on the ground and continued to attack with an armbar that Ngalani also defended.

Then, back on their feet and in the clinch, Aung La N Sang felt his opponent struggling to keep up with his pace. As Ngalani exposed his head once again, “The Burmese Python” slipped his right arm under the chin and dropped down for a guillotine choke.

This time, “The Panther” had no escape and was forced to tap.

Aung La N Sang hopes to get another highlight-reel finish when he defends his ONE Middleweight World Title against the man below at ONE: INSIDE THE MATRIX.

Reinier De Ridder puts Fan Rong to sleep with a TIGHT D’Arce choke at 1:51 of Round 1!

Reinier De Ridder puts Fan Rong to sleep with a TIGHT D’Arce choke at 1:51 of Round 1!Watch the full event LIVE & FREE on the ONE Super App ???? http://bit.ly/ONESuperApp | TV: Check local listings for global broadcast

Posted by ONE Championship on Friday, January 25, 2019

Reinier “The Dutch Knight” De Ridder wasted no time putting the middleweight division on notice with a swift first-round submission victory in his promotional debut at ONE: HERO’S ASCENT in January 2019.

De Ridder quickly took his opponent, “King Kong Warrior” Fan Rong, to the canvas and easily passed to side control before focusing on a kimura attempt. Although Fan defended, his night would soon come to an end.

As Fan attempted to get back to his feet, the Dutchman rushed his right arm under his opponent’s chin and tightened up a D’Arce choke.

“The Dutch Knight” dropped his hip to the mat and squeezed as Fan struggled to find an escape that wasn’t there. Within seconds, “King Kong Warrior” was put to sleep.

The official ending came at 1:51 of the first round, as De Ridder pushed his professional record to a perfect 10-0 in his first performance on the global stage.

Tiffany Teo lived up to her nickname, “No Chill,” at ONE: IMMORTAL PURSUIT in November 2017 when she submitted Puja “The Cyclone” Tomar in the first round.

The local hero fed off the energy inside the Singapore Indoor Stadium and pushed Tomar onto her back foot.

Against the Circle Wall, it appeared as though Teo might look for a standing arm-triangle, but she used the position to throw her Indian opponent to the canvas. Then, she seamlessly moved to a dominant position as Tomar tried to squirm out from underneath the pressure.

“No Chill” waited for the right moment and then snatched the left arm of Tomar. As she laid back and elevated her hips, the pressure was too much for “The Cyclone” to handle – and she tapped out.

The win lifted the roof off the Singapore Indoor Stadium, kept Teo’s then-perfect record intact, and established her as a true strawweight contender.

Teo hopes to have a repeat performance when she challenges “The Panda” Xiong Jing Nan for the ONE Women’s Strawweight World Title in “The Lion City” on 30 October.

Read more: The 5 Best Knockouts From The Stars Of ONE: INSIDE THE MATRIX 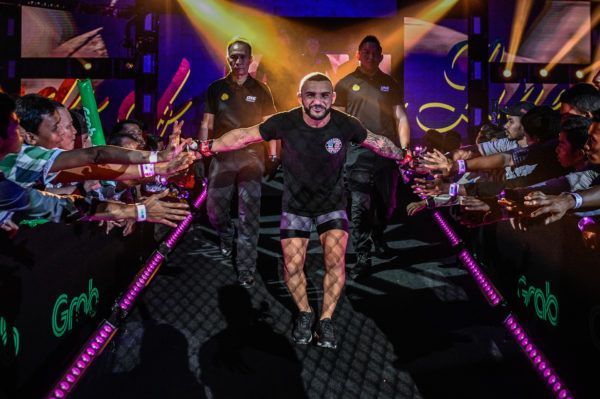 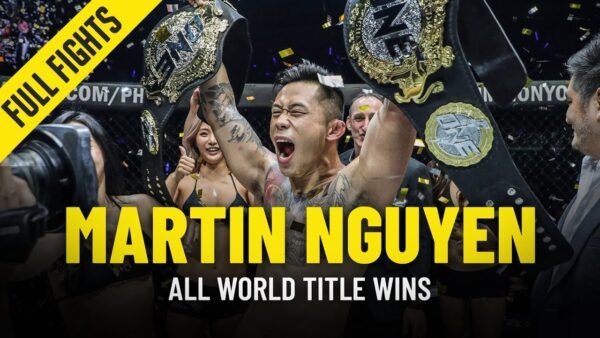