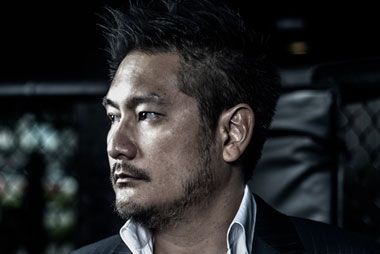 Chairman of the Board

Chatri Sityodtong is the Founder, Chairman and CEO of ONE Championship, Asia’s largest global sports media property in history with a broadcast to 150+ countries around the world. ONE Championship is a celebration of Asia’s greatest cultural treasures and the deep-rooted Asian values of integrity, humility, honor, respect, courage, discipline, and compassion. As the world’s largest martial arts organization, ONE Championship is on a mission to unleash real-life superheroes, tell stories, celebrate values, ignite dreams, inspire nations, and change the world.

Sityodtong is a self-made entrepreneur and lifelong martial artist from Thailand. His rags-to-riches life story has inspired millions around the world on BBC, CNN, Bloomberg, CNBC, and other major media. He is also the star of the latest edition of The Apprentice, the award-winning, global reality TV series. Most recently, Forbes selected Sityodtong as one of Asia’s next generation tycoons. Sityodtong was also named “Asia’s King of Martial Arts” by Financial Times, and the “2nd Most Powerful Person In Sports In Asia” by FOX Sports. He is also a perennial keynote speaker at the world’s top business conferences such as Forbes Global CEO Conference, Milken Institute, CNBC Asia Business Leaders Awards, YPO Edge, Global Entrepreneurship Summit (GES), Cannes Lions, Asian Leadership Conference, and others. Sityodtong has been featured as the cover story for magazines such as Inc, Esquire, Playboy, CEO, Wealth, Tatler, The Peak, Millionaire Asia, Black Belt, and more. He is an Entrepreneur-in-Residence at INSEAD, one of the world’s top business schools.

Inducted into the Black Belt Hall of Fame in 2019, Sityodtong has over 35 years of martial arts experience as a student, a fighter, a teacher, and a coach. Sityodtong is a certified senior Muay Thai instructor under the legendary Kru Yodtong Senanan of the world-renowned Sityodtong Gym in Thailand. He also holds a Purple Belt in Brazilian Jiu-Jitsu under Master Renzo Gracie.

Chatri Sityodtong holds an MBA from Harvard Business School and a BA from Tufts University. 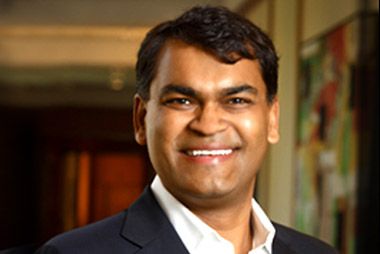 Saurabh Mittal is a self-made billionaire entrepreneur and investor with a hands-on strategic value-add approach. Saurabh Mittal is responsible for the most important strategic initiatives at ONE Championship. Additionally, he helps to drive the overall corporate strategy and execution plan for the Company. Saurabh also leads some of the biggest corporate deals at ONE Championship.

He is the Founder and Chairman of Mission Holdings, his private global investment holding company. Mr. Mittal partners with world class entrepreneurs going after multibillion-dollar opportunities and helps them achieve massive scale with both capital and strategic value add. Mission Holdings is typically the largest shareholder of its core portfolio, operating as a true partnership across all issues of scaling and operating a business. Some of his portfolio holdings include ONE Championship (Asia’s largest sports media property with a global broadcast to 150+ countries), Incedo (a US$100m data and analytics company with 2,000 employees), BSI Financial (a substantial Fin-tech player in the multi-trillion dollar mortgage industry), SelfScore (a Silicon Valley based Fin-tech company backed by Accel and others), and many other companies across a wide spectrum of industries and geographies.

Prior to Mission Holdings, he was a senior partner at Noonday, an affiliate of Farallon Capital Management, one of the world’s largest hedge funds where he was responsible for large public and private investments in the areas of Financial Services and Technology, Media and Telecom (TMT). Mr. Mittal also was a co-founder of Indiabulls, India’s leading financial services and real estate conglomerate, and through the partnership with Farallon, helped the business achieve massive scale and success.

Mr. Mittal holds an MBA from Harvard Business School where he graduated as a Baker Scholar. He holds a BS in Electrical Engineering from the Indian Institute of Technology in Delhi where he was the Best Graduating Student. He is also a member of multiple boards including the Harvard Business School Alumni Board and Paarivar, a leading charitable organization running India’s largest residential school for destitute children. 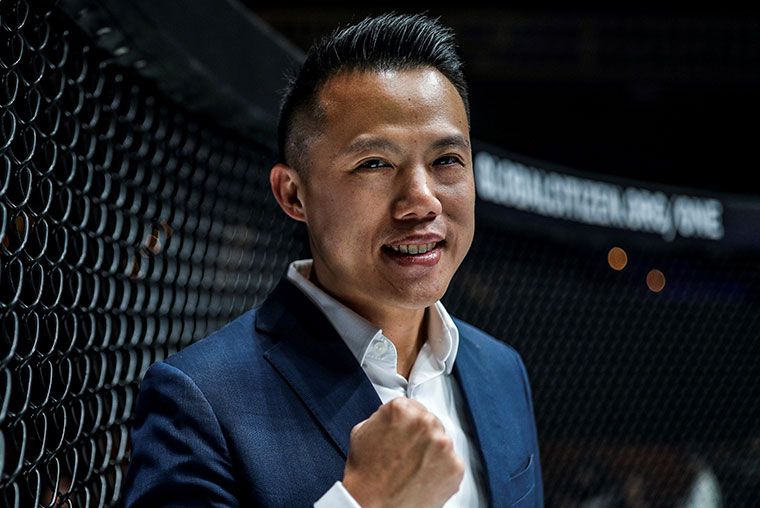 Hua Fung Teh is the Group President of ONE Championship. Together with Chairman/CEO Chatri Sityodtong, Teh leads the company’s management team with a focus on group strategy, international expansion, global strategic partnerships and capital markets. He also served for a year as the company’s Chief Financial Officer.

Prior to ONE, Teh was a Principal at global private equity firm TPG Capital (TPG). As a senior member of the Southeast Asia investment team, he was responsible for the origination, execution and portfolio management of growth and late-stage investment deals in Southeast Asia. He also served on TPG’s China and US teams prior. Before TPG, Teh was an aviator with the Republic of Singapore Air Force (RSAF) and held leadership positions both at the RSAF and at Singapore’s Ministry of Trade and Industry, where he served as the ministry’s Formula One (F1) Project Team Leader. In this role he helped secure the F1 Grand Prix hosting rights for Singapore and coordinated efforts between government agencies and private sector parties to execute the first night race in F1 history in 2008.

Teh holds an MBA from Harvard Business School and an MEng and BS in Electrical Engineering from the Massachusetts Institute of Technology (MIT), where he was a member of the men’s varsity basketball team. A Taekwondo black-belt holder, he also sits on the Global Steering Committee of the Milken Institute Young Leaders Circle and is a member of The Forum of Young Global Leaders at the World Economic Forum. 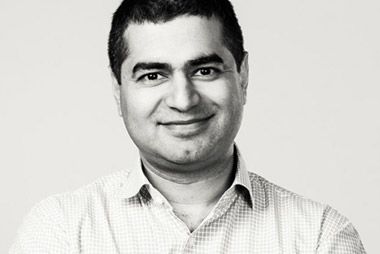 Shailendra Jit Singh has been the Managing Director of Sequoia Capital India since January 2006, with a focus on venture capital and growth investing in India and South East Asia.

For over a decade, Mr. Singh has led numerous investments from seed stage to early growth capital in the fields of mobile, internet, payments, big data, and software as a service. He is currently a member of several boards, including Carousell, Druva Inc., Go-Jek, Mu Sigma, Pine Labs, Practo, Scio Health Analytics, Tokopedia, and Voonik.

Prior to joining Sequoia in 2006, Mr. Singh served as a Strategy Consultant at Bain & Company, where he advised senior management members of Fortune 500 companies on a variety of issues, including pricing, customer segmentation, organizational design, technology outsourcing, and international growth.

Mr. Singh has spoken at several conferences on digital media, and regularly features in leading publications for his entrepreneurship. He also co-authored articles and cases for highly-regarded publishers including Harvard Business Press and the Journal of Private Equity. He is a Kauffman Fellow at the Center of Venture Education.

Mr. Singh received an MBA in General Management with distinction from Harvard Business School, and a B. Tech. in Chemical Engineering from IIT, Mumbai. 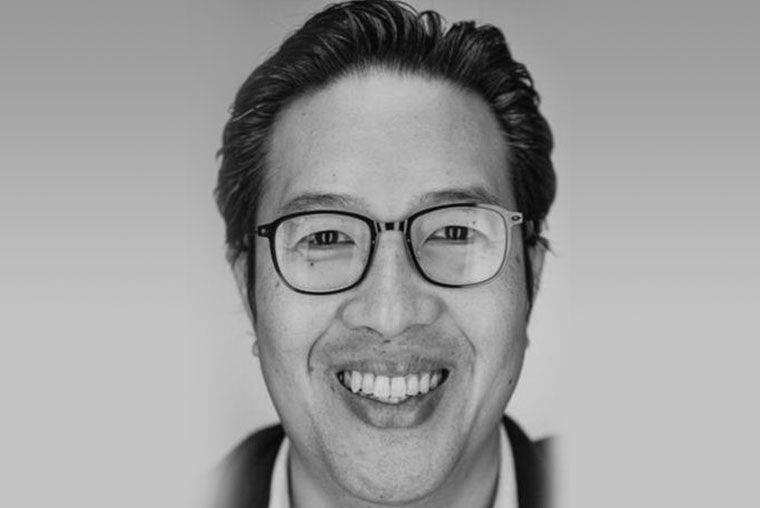 Wai Hoong is currently a Managing Director at Temasek with a focus on TMT and Southeast Asia. Prior to joining Temasek, he was a Partner at General Atlantic leading their Southeast Asia investing program and previously was a Managing Director at CVC Capital Partners. Earlier in his career, Wai Hoong held a variety of investment management and investment banking roles at firms including Headlands Capital Partners, LLC, Blum Capital Partners LP, and Morgan Stanley. He graduated with a Bachelor of Arts degree in economics and Master of Public Policy degree from the University of Michigan. Wai Hoong currently serves on the board of the Asian Venture Philanthropy Network (AVPN). 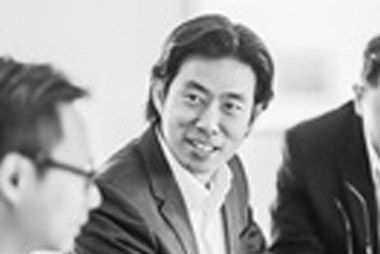 Derek is currently the CEO and member of the Board of Heliconia Capital Management, a wholly-owned subsidiary of Temasek Holdings.

Prior to that, Derek was the Managing Director, Investment, with Temasek Holdings. In his 10-year tenure, he headed the Industrials Cluster, invested globally in the manufacturing, capital goods, construction materials, auto, offshore marine, utilities, and specialty chemicals sectors. Derek also led transactions in the consumer lifestyle, high tech, financial institutions, agri, and healthcare space. He also served as country head in Vietnam looking after investments in the Vietnam, Myanmar, Cambodia, and Laos markets.

Derek had more than a decade of experience in investment banking before joining Temasek, having served with UBS, Dresdner Kleinwort Benson, UOB, and Commerzbank AG. He specialized in mezzanine debt, project finance, leveraged buyout, and private equity investments.

He is currently a member of SPRING Singapore’s Policy Advisory Committee and the Board of Singapore Cooperation Enterprise. He is also a Trustee Board member of UWCSEA Foundation.

Derek holds a Bachelor’s degree in Business Administration from the National University of Singapore and graduated with Honours (Upper).